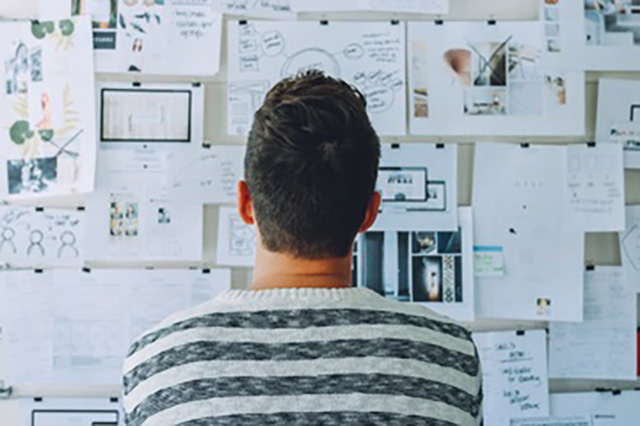 What is SELLEN Research?

There are many research papers looking at education, training, retention, transitions and employment, with more and more work being undertaken in these areas. Here, you can find some of the latest research papers, including some localized data from SELLEN.

SELLEN’s Environmental Scan is a comprehensive document that investigates and explains the South East Region, its changing demographics, education and employment factors and influences. This is a great tool to assist in increasing your understanding of the region, or to find data to support funding applications.

SELLEN investigated who is responsible for developing employability skills and who we think is responsible. Turns out we all think it is someone else’s role, when in fact it is everyone’s responsibility

SELLEN investigated more than 40 referral forms and identified, of the more than 100 items of information that were requested, what were the most common. From there a common referral form was developed to make referrals to services easier and faster for schools.

Functions of LLEN in a New Age

Increasingly, community and social services are expected to do ‘More with Less’. When it comes to vulnerable young people and ensuring seamless access and provision of appropriate services and support structures recent papers, inquiries and reports recommend the implementation of an Area Based Governance model to identify local issues and develop local solutions, rather than a state wide approach. This report investigates the current functions of LLEN (Local Learning and Employment Network) and how they may actively support the implementation of such a model.

Maori and Pasifika Young People of the South East

Recent research indicates that young people of Māori and Pacific Island heritage in the South East region of Melbourne (South East) are disengaging from education at an earlier age than the average Victorian young person. They are less likely to complete Year 12 and less likely to gain university entrance.

Students in the South East are well informed when it comes to pathways, they are aware of their options, including vocational pathways. This research looks at how vocational and higher education providers can make these transitions smoother and better supported.

In 2012, the South East Local Learning and Employment Network (SELLEN) completed an Environmental Scan for the south east region of Melbourne, comprising the City of Greater Dandenong, the City of Casey and the Cardinia Shire. The south‐east is home to one of the most diverse and youngest populations in Victoria.

Jobseekers in Victoria have varying access to opportunities and resources, which can have an impact on their ability to find and retain secure employment. Personal circumstances can combine with broader social and economic factors to create disadvantage and set up a range of employment barriers.

For job seekers facing disadvantage, these barriers are often numerous and complex. This Inquiry’s terms of reference asked the Legislative Assembly’s Economy and Infrastructure Committee to examine the social and economic benefits of placing disadvantaged jobseekers into sustainable employment. The Committee chose to expand the Inquiry’s scope to also look at the employment barriers these jobseekers face and how they can be addressed.

Report of the Inquiry into the Victorian On-Demand Workforce

Technology has made accessing workers and services simpler and faster than ever. It has enabled the matching in real time of available workers with those who are seeking services. On-demand work arises when workers are sourced on an ‘as-needs’ basis. Online ‘platforms’ facilitate, on a large scale, the sourcing of workers ‘on-demand’, often to perform a particular ‘gig’ or work task, hence the ‘gig economy’.

The Contribution of VET Student Placement with Innovation in Host Organisations

While there was little evidence of individual students contributing to work place innovation during VET student placements, there was evidence of knowledge diffusion and small-scale improvements in the work place.

The analysis in the report makes it clear that many of todays young children will not receive a ‘fair go’ in accessing education opportunities, for no other reasons than family background, demographic characteristics and geography.

The Future of Work, Setting Kids up for Success

The future of work offers a heady mixture of excitement and promise as new ways of working become embedded in the economy, along with the worry of how and if each of us can make our way in a rapidly changing work landscape.
The messages are many – “hundreds of jobs to go”, “automation making workers redundant”, “most of 2030’s jobs aren’t even thought of yet”. Making sense of these competing messages is difficult, and nbn has commissioned this report as a way of cutting through the complexity, and clarifying what to do to give our kids the best foundation for success in the future labour market.

This report identifies three key points needed for our kids to be successful in the future job market:

Enabling the Future of Work

It specifically highlights the urgency with which Learning and Development professionals across the board will have to review their roles and urges them to stop being order takers and become impactful partners.

DeakinCo. have used this report to explore the trends and implications that have created this current state of change and what strategies businesses of all sizes can use to make sure they quickly evolve and keep pace.

Soft skill-intensive occupations will account for two-thirds of all jobs by 2030. DeakinCo asked Deloitte Access Economics to assess the importance of obtaining and measuring soft skills to better understand areas that need to be improved in the Australian workforce and businesses.

There is an urgent need to shift mindsets in our approach to jobs, careers and work. New big data analysis of 2.7 million job advertisements provides us with insights into the patterns of skills young people now require to navigate complex and uncertain working lives. We must act now to ensure young Australians can thrive in the new world of work.

For at least the past century, Australia’s promise to our young people has been that education is their ‘golden ticket’ to a full-time job. That promise is now at risk. Since being launched in 2015, the Foundation for Young Australians’ (FYA) New Work Order report series has provided insights into the evolving world of work and the skills young people need to develop in order to navigate these changes.

The reports highlight the transformation changes affecting the way we work and live. Technological advancement and global trends are changing the nature of work, the structure of economies, and the types of skills needed by labor forces across the world. The reports revealed that the average transition time from education to work is 4.7 years compared to 1 year in 1986. We wanted to look more deeply into this period and what young people could do during this time to accelerate their transition to full-time work.

In addition to this, the government wants to better understand and respond to the particular challenges and opportunities faced by communities in different parts of Melbourne. The government has identified six new metropolitan regions: Inner Metro, Inner South East Metro, Western Metro, Northern Metro, Eastern Metro and Southern Metro.

These regions provide the basis for a new, more collaborative engagement with communities and better coordinated planning and delivery of jobs, services and infrastructure.

Addressing Disadvantage in the South East

A research paper by TACSI, looking at the impact employment has on vulnerable communities and how we can alter the balance of employment opportunities in the South East.

Addressing Disadvantage in the South East

UNIVERSITY OF CANBERRA - A Tale of 25 Cities in Australia

In many sectors of our economy, automation, artificial intelligence (AI), big data, and machine learning will make more and more jobs redundant, or at least change them fundamentally (Frey & Osborne, 2013). Moreover, it is not just unskilled or semi-skilled workers who face these threats from new technologies and the changing nature of work.

Increasingly, many skilled and professional occupations are being affected by these same technologies and their associated economic and social transformations, leading some to question the very future of many professions (Susskind & Susskind, 2015). It is predicted that roughly half of the jobs that currently exist in developed economies could be automated or otherwise made redundant by 2030 (Frey & Osborne, 2015).

HILDA, is a nationally representative longitudinal study of Australian households.
It is funded by the Australian Government through the Department of Social Services and is managed by the Melbourne Institute.

The Melbourne Institute publishes the latest findings from the HILDA Survey each year, allowing Australians to see how different aspects of their lives have changed over time.

THE 14TH ANNUAL STATISTICAL REPORT OF THE HILDA SURVEY

This report presents key findings from Waves 1 to 17 of the HILDA Survey. The report explores ten topics:

A research piece from looking at the evolution of gaming and the impact of in game purchasing and its links to future gambling.

It is important that young people are supported to get the most out of this Guide. The ‘Effective School to Employment Transitions Research to Action Guide’ comprises a suite of resources including a rapid review of relevant literature and three practice guidance resources, targeted at service users, service providers and disability employment practice leaders.

The Rapid Review provides a full listing of references. The whole Research to Action Guide is available at the CADR Clearing House.

Leaving school early can have significant negative effects on an individual’s employment and life prospects. Vocational education and training (VET) can provide young people with the skills to improve their employment opportunities. But many young, early school leavers are shunning this option altogether, or dropping out of VET before completing a qualification. This research looks at why young, early school leavers are not considering VET as a means of gaining skills, and why, if they do start a VET course, some disengage and drop out.

Connecting the Worlds of Learning and Work

ALL AUSTRALIAN STUDENTS SHOULD EXPERIENCE THE WORLD OF WORK BEFORE FINISHING SCHOOL.

Schools alone cannot foster all of the skills and capabilities that young people need to find success in work and life. One way to make sure all young people get the education they need is by forming school-industry partnerships.

Bringing the worlds of learning and work closer together has benefits for everyone.

School-industry partnerships can deliver many benefits across society.

Looking to the Future - Report of the Review of Senior Secondary Pathways Into Work, Further Education and Training

School leavers do not just need to be employable. They need to be adaptable, flexible and confident. Education must provide students with the essential attributes they require for lifelong learning in whatever fields of endeavour they may choose. The professional and applied skills they need will change significantly over their lives. The jobs they do will be transformed. Some, driven by entrepreneurial ambition, will want to set up their own businesses. Most will switch careers. To achieve this – for all young Australians – profound challenges need to be overcome

Students in the South East are well informed when it comes to pathways, they are aware of their options, including vocational pathways. This research looks at how vocational and higher education providers can make these transitions smoother and better supported.

Do you have more research items to add here?
Please contact SELLEN using the contact form below. 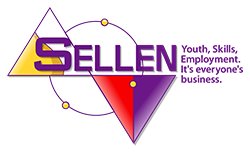